This unit ships without rails or accessories. If you need those, please visit our Accessory Rails page.

The BipodeXt ARC III Arca Spec Single Mount is rated for rifles weighing up to 25 lbs. and cartridges up to, and including, 30-06.

The ARCs  feature the following improvements over the original TACs:

The BipodeXt ARC III ARCA Spec Single Mount offers a large QD lever in its ARCA-rail Unimount that provide for a fast, easy and secure attachment (and detachment). Our telescoping carbon fiber extension tubes were designed, engineered, tested and refined here, in the U.S.A, to meet our exacting tolerance requirements. The BipodeXt ARC III ARCA Spec allows the shooter to extend the resting point (fulcrum) beyond the muzzle of most rifles, thus reducing the point of impact shift caused by unintentional movement at the toe of the rifle system. As additional benefits, recoil is mitigated and significantly easier to manage; target re-acquisition time is reduced by multiples. Shooters are often heard shouting “I can spot my own shots!”.

The BipodeXt ARC III ARCA Spec has the ability to extend the resting point of the rifle system approximately 54 inches away from the toe of most rifles.  This extension provides for a very powerful “reversed lever functioning”, offering increased accuracy potential with this added stability. Fully extended it measures 31.4 inches, contracted it measures under 15.5  inches. The O.D. of its base tube is 40 mm (1.575”), and it weighs less than 32 oz.

The BipodeXt ARC III Arca Spec Single Mount is rated for rifles weighing up to 25 lbs. and cartridges up to, and including, 30-06. 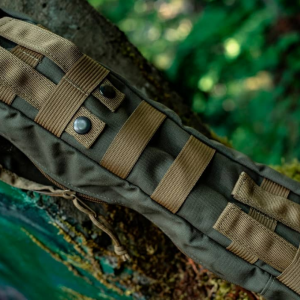 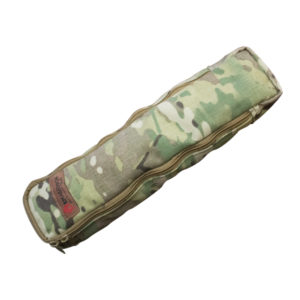 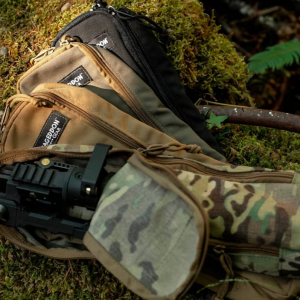 Except as otherwise indicated all hardware is made of Hard Anodized (TYPE 3) 6061-T6 Aluminum.

There are no reviews yet.

Only logged in customers who have purchased this product may leave a review.